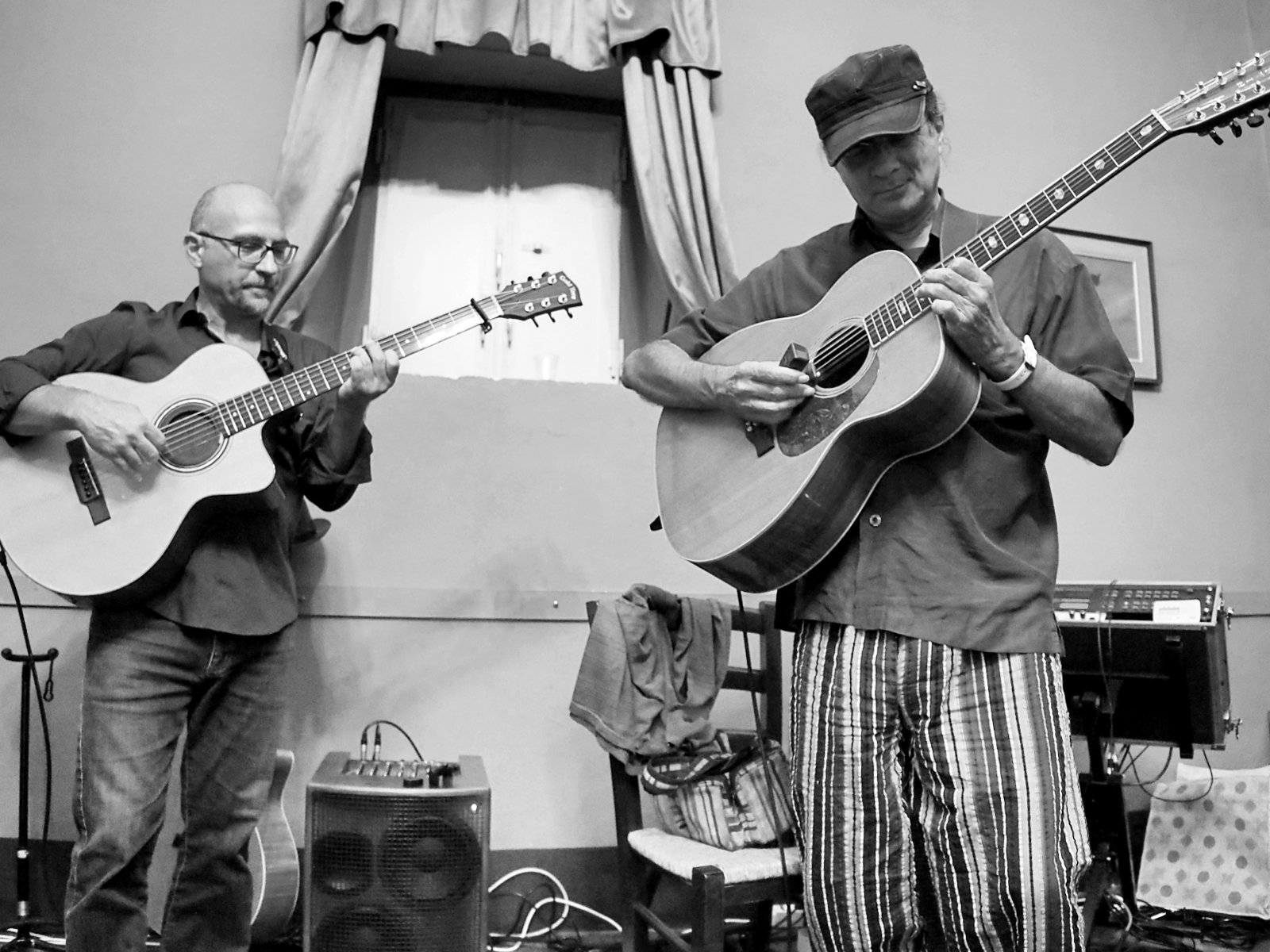 Great passion and experience, solid musical education, both theoretical and practical, free spirit, eclecticism and versatility, make Paolo Capizzi’s music something unique in the panorama of acoustic guitar and fingerstyle.

The Fingerstyle is a complete, “polyphonic” approach to Guitar, which can thus play both as a solo instrument, simultaneously performing melodic parts and accompaniment parts (bass lines, harmonies, rhythmic parts), as well as an instrument capable of accompanying elaborated a voice or an instrument that performs a melodic or improvised part.

It is an “eclectic” approach that draws origin, inspiration and techniques from both the classical guitar world and the most different styles of modern and contemporary music (blues, country, folk, rock, jazz, latin-american).

The Fingerstyle requires a complex learning path, polyphonic attitude, solid technique of the right hand, thus developing in the guitarist the ability to express their creative potential, both in the composition and in the arrangement.

He has won various prizes and awards for artistic activity:

3rd prize in the annual national competition for emerging guitarists “New Sound of Acoustic Music” in the context of the 9th Sarzana International Meeting (2006);

Best Video of the Year in the Competition of the magazine AXE (2012);

“A regular guest at the San Benedetto Po Guitar Festival, where he has played and held educational workshops, in all four of his editions (2008-2011)”.

From 2008 to 2015 he collaborated with Centro StudiFingerstyle, as a lecturer for Sicily, taking courses in Catania, Palermo and Ravanusa (AG) and seminars at the AGIM in Sarzana (SP). 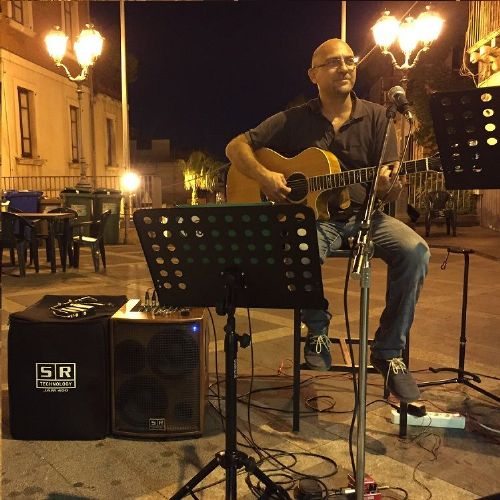 He has organized several cultural and educational events in the acoustic guitar sector as President of the “Acoustic Corrente” Cultural Association.

“He works as an” ambassador “with Schertler – SR tecnology, one of the most quoted companies producing amplifiers for acoustic instruments”.

“NonSolo” (2010), a solo project, with blues and folk influences, which also makes use of the collaboration of various musicians;

“Atlantis” (2011), in a duo with the electric guitarist FabrizioLicciardello;

“Journey to Sicily” (2018), dedicated to the Sicilian musical tradition; songs and ancient dances arranged for fingerstyle guitar and with the inclusion of traditional instruments (mandolin, tambourine, friscalettu, “chitarra battente”, marranzano)

Books :
“Manuale di chitarraceltica” (2015, edition Fingerpicking.net), a work in which they converge their passion for Irish and Scottish music and its long didactic experience.

“Journey to Sicily” (2018, Fingerpicking.net ed.), with scores and tablature of the homonymous CD tracks and a series of exercises and teaching directions.

He wrote a chapter on Fingerpicking, in the book by the writer Santino Mirabella “… and distilling dreams”, dedicated to the singer-songwriter Stefano Rosso ,.

He held courses, seminars, workshops, as well as in Catania and its province, in Messina (MMI), in Palermo (Kemonia), in Capo d’Orlando, in Ravanusa (Acams), as well as at the SanBenedetto Festival (San Benedetto Po – MN), and the Meeting of Sarzana. He collaborated from 2008 to 2015 with the Centro StudiFingerstyle for Sicily.

He performed at the Six Bars Jail in Florence (2016), he has played in all the editions of the San Benedetto Po festival (2008-2011), in several Italian cities (Milan, Rome, Mantova, Modena, Pordenone, Sarzana, Kalabriacustica and around Sicily, he has played in Sofia and other cities of Bulgaria on tour with the Harundo (2013), he has performed on important cultural and artistic events (Ritodella Luce, J.Calogero Foundation, literary prize Efesto , etc.)

President of the “CorrenteAcustica” cultural association, always active in proposing stimuli in the field of acoustic and guitar music culture, he has organized concerts and seminars with guitarists such as Franco Morone, Walter Lupi, Riccardo Zappa, DavideMastrangelo and Pino Russo; he has taken care of the artistic direction of some local catanese, he has collaborated with cultural and local associations (Efesto, Maiis, Amigdala, Folk Art, Free Dissonanze, Nievsky, Haiku, Joyce) creating concerts, open mic and music sessions.

He has played and collaborated with a large number of musicians.

With FabrizioLicciardello (electric guitar) he created the CD “Atlantis”;

The most active musical formations are:

He obtained the Diploma of 5th year of classical guitar, at the Conservatory of RC, the diploma of theory and solfeggio, and of complementary harmony, the Diploma of the Fingerstyle Study Center; he attended Music Therapy courses (Assisi, Padua), as well as a degree in Psychology and a Psychotherapy qualification.